Save your Spot for the 2022 New York City Overnight Walk!

If you have any questions, please email [email protected]. 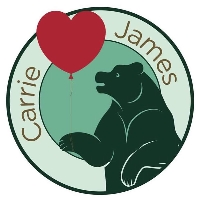 Support Carrying On in the Overnight Out of the Darkness walk

Carrying On honors the memory of Carrie Cotter and James Cotter. Carrie and James were both very smart young people, who had their whole lives in front of them, when they chose to end their lives. Carrie fought mental health issues her whole life (with therapy, many different medications and an inpatient stay in a psychiatric facility)  and sadly, lost Hope that anyone would be able to help her since she had tried so many things and nothing helped her. Carrie truly believed that she was doing us a favor by ending her life and considered it an act of love on her part. That is SO SAD, but true in her mentally ill mind, and we will forever grieve the loss of our crazy intelligent, spunky, firecracker of a daughter. James was on top of the world his whole life. He was a hard worker and reached whatever lofty goal he set. He was confident and extremely friendly and everyone loved him. He was a leader in many aspects of his life. However, guilt and grief over the loss of his sister led him to alcohol and prescription drugs which messed with his mind and caused radical behavioral and personality changes in him. We did not know about the medications until after his death. He became suicidal from the medications and before he could get help, he ended his life. Some doctor prescribed a grieving, but otherwise healthy, 21 year old 6 different medications in 5 weeks and failed to properly monitor him and now we will forever grieve the loss of our precious first born son who brought light to everyone's life.

We are devastated and shattered beyond belief, but want to help make sure that some other family doesn't have to endure this immense pain, so we are walking to raise awareness for suicide prevention, to create a sense of community for those recovering from a loss due to suicide, and to inspire Hope in those struggling.

We will be joining thousands of others who will be walking to bring hope to those affected by suicide and raise funds to support the American Foundation for Suicide Prevention. We are proud to be a part of AFSP's goal of reducing the suicide rate by 20% by the year 2025.

Interested in joining our team? PLEASE COME WALK WITH US!  You can join by clicking the “Join Our Team” button above.

We haven't raised any money yet.

Get The Word Out