We are excited to announce the 2018 Overnight Ceremonies will be held at City Hall Plaza.

Although we can’t release the actual route until the day of the event, here’s a teaser of the sites we’ll see in Dallas: 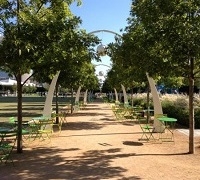 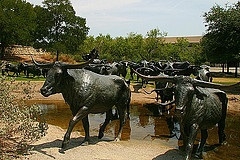 As the sun sets, we’ll venture through Downtown towards the Arts District, where we’ll pass the iconic Dallas Arts Museum. As we make our way passed Klyde Warren Park, we’ll head toward Old East Dallas, a neighborhood rich with culture both old and new.

From there we’ll head north through both Lower and Upper Greenville neighborhoods before heading west toward Southern Methodist University.

We’ll take the Katy Trail through the trendy Uptown neighborhood. We’ll see the American Airlines Center and head back through Downtown past popular sites like Dealey Plaza and The Sixth Floor Museum, John F. Kennedy Memorial Plaza, and Reunion Tower, while we make our way back to City Hall Plaza lit by Luminaria.